What is your preferred method to stretch your ears? 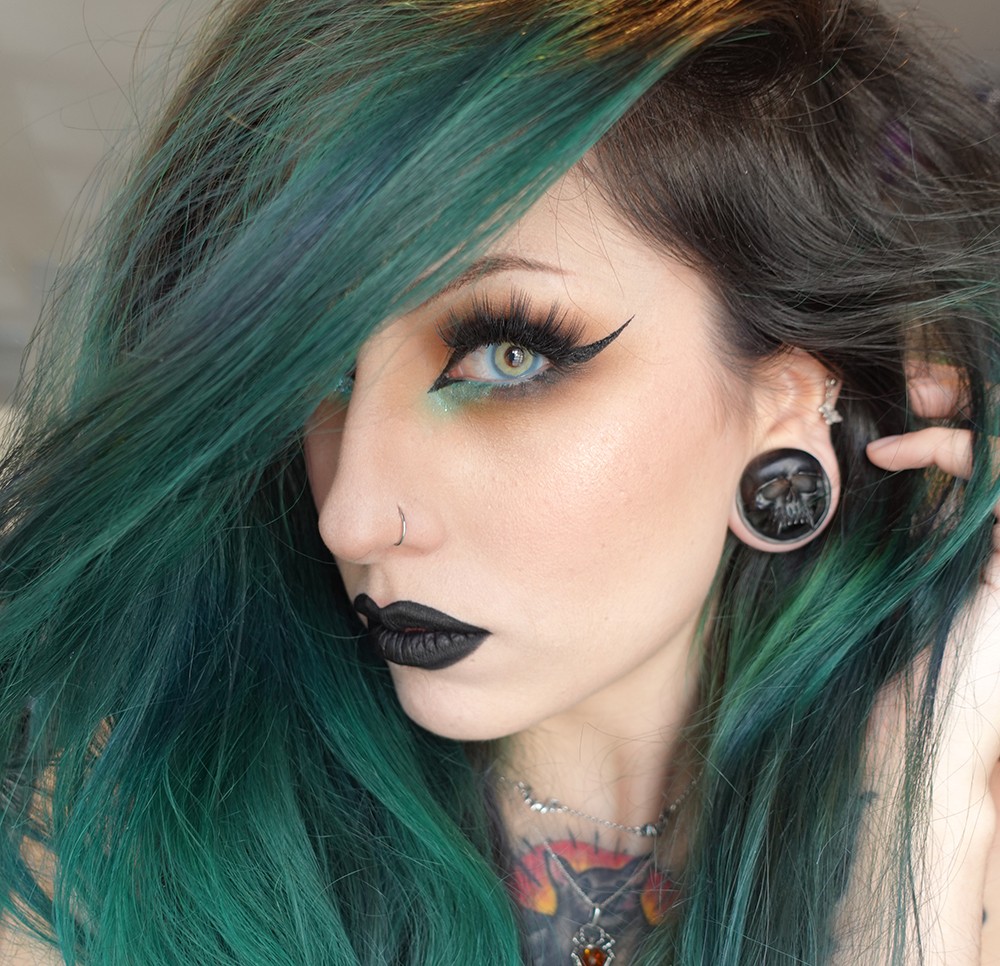 The most important thing to remember is to take your time while stretching your ears.  We reached out to our customer base and asked them what their preferred method of ear stretching was.

Let's Find out what our customers say when asked "What is your preferred method to stretch your ears?"

"About a decade ago I just used the tape method until I got to the size I wanted (1”) and have had them this size ever since."  The tape method is then you gradually add tape to your plugs and slowly increase the gauge of your plugs.

Valene
"Every two weeks I would go back to the studio and have them pop the new size plugs into my ear.  It cost about $5 for a pair of plugs and free to put them in."

Mana
Stretch your ears slowly.  I used a taper for the smaller sizes.  Once I got past 0 gauge it was just a matter of switching out for the next size up when my ears relaxed enough that the current size began to feel loose.

Holly
I've been using a stretching balm and glass plugs. Has been pain-free, relatively quick stretches without any issues.

Aubrey
I used tapers (and either coconut oil or jojoba oil) for stretching up until I got to the bigger sizes (past 00g); I found that spirals made stretching to the higher sizes much more comfortable. I'm still at 1/2" after like 5+ years of telling myself that I'm gonna go up a size.  My goal size was 1/2" in high school, but I definitely want to go bigger! When I get around to it

Jasmine
I use tapers and vitamin E oil to get started, then I use surgical steel plugs and let my ears stretch naturally so there are no tears. Don't let your ears look like buttholes.

Tiffany
Start with a Taper, then add a layer of medical tape every day until you hit the next size. It was a slow process, but I didn't blow out my ears, and I'm at 3/4.

Mikki
I started with putting a tongue piercing into my regular pierced ears. Hurt like a bitch but it's what got me looking into tapers to start stretching. Regular piercings irritated my ears and I preferred gauged ears anyway.

Jessy
Just when my plugs became really loose is when I'd just squeeze the next one in. Honestly was never in a rush so it took me 10 years to get to a half-inch.

*DO NOT RECOMMEND* Had my piercer go up as high as he felt comfortable with, ( an 8? I think?) Told me to wait 9 months before stretching. I waited maybe 4 months before I stretched to 00 and then maybe a month to 0 on accident because I grabbed the wrong size.  My ears are fine, I keep them cleaned, I rub them with oil when needed. But I DO NOT recommend you do it the way I did.

Jake
I couldn't find tapers 25 years ago when I did mine. I cut off the last 8” of the tip of a deer antler and covered it and vaseline and sent it as far as I could. I would push a Lil more every time my ear calmed down. After about 6 years, I was at 1”&3/4” where I have been since 2004 ish. I am all blown out and had many rough nights with bleeding. But that's what I did before stretched ears were so so common.

Casey
Went right to an 8 because I had ripped ears, from then on I always sized up in the shower with tapers until I got to a 2 which is perfect because I have smaller ears

Emmiley
I started gauging back in the late 90s early 00. There wasn't body jewelry in every store so you improvised.  I used every part of a pen is wrapped in electrical tape.   I used any round object. A couple of wraps of tape every day or so, then something else.  Maybe the lid to my hairspray, more tape. I'm at an inch and have been for about ten years.

Kaycie
PTFE tape, about two extra layers a week. Then I'd test my ears with a taper. Never had any pain or stinging or discomfort at all. Was able to get to 00g in just over a year I think.

Lindsay
Spiral flares. Now I like to do the tug/wiggle method. Just gently pulling on whatever is in my ear, spinning it, tugging again.

Maggie
Slow and steady, using heavier earrings. When I first started, I would really just shove things through my ears that would cause pain and discomfort. Now, I use a more chill method. My ears will gradually stretch over time- and I’m ok with that.

Kendra
The proper way with tapers to plugs and leaving the plugs in for a week at a BARE minimum, sometimes 3 weeks to a month, until it felt fully healed before I went up again.  My sister just uses silicone tunnels.  Either way, I’m at 0g now, goal size 00g, and I’ve been stretching for over 4 years.

Haley
My stepdad told me I couldn't stretch my ears.  So I shoved plugs x2 too big for my lobes out of spite as an 18-year-old.

Arianna
Glass or metal is easier on the ears than plastic!  But. I've mostly used plastic tapers to size up.  The stretch from 6g to 4g wasn't too great though, same with 2g to 0g. I actually had to go back to 2g because my ear got infected from one of my other piercings and been stuck at a 2g for a while.  My ear just doesn't want to stretch anymore

Alissa
I used heavy hoops to weigh the holes down. Then see piercer to help with the next size.

Cynn
Tapers & went up sizes very slow. I used the taping method as well. Vitamin E oil was amazing. My gauge was bigger than half an inch but a little smaller than an inch. I recently took them out so my ears can close. They are doing pretty good & no weird cat butt.

Rhys
I used tapers until I got to a size 0g, then I used tape until I got to 11mm. From then I just used glass or stone plugs for several months until they had stretched naturally to the next size. I'm now at 16mm.

Melissa
I'm 20mm now, I use tapers and coconut oil or antibiotic ointment. I'm trying my hardest to get to 25mm(1in) but every time I get there it gets infected and I have to go back to 20mm and start over. I've been to 1in, 3 times now.

Unmei
At first, I used tapers to stretch my ears in middle school.  Then I had my first blowout after 2 years and I stopped and went to the dangles or ear weights whatever you choose to prefer to call them.  When I switched to ear weights I could tell better that my ears are ready for the next size

Alex
Combo of tapers and taping. Since I'm now at a point where it's 1mm in between stretches, I use taping to get .5 mm, then use the tapers for the rest after a week or two, also to get to a whole size so I can wear jewelry appropriately.

Rachael
Slow and steady with a European taper kit and lots of vitamin E oil, went from an 18 to an inch over the course of 4-5 years with no rips, tears, nodes, or blowouts, still have happy healthy stretched lobes 14 years later( gonna go feel old now)

Kiera
Tapered every 1-2 months. Would check at 1 month and if it wasn't going through easy, I would hold off

Kristan
Tapers and jojoba oil. Although I've been at a 00 for about 3 years now and don't plan on going any bigger.

Gabrielle
I use to wear these hoop earrings and one day the hoop part slid through my ear and i was like maybe just maybe i can stretch my ears. That was when I was like 14/15 years old I'm now at a 00. I won't go up another size but I believe my two brothers are a size or two bigger than me

Taylor
After learning many bad lessons, just naturally stretching. Finally got to my goal of 2 inches! I just made sure to use a healthy oil and only put a new size in when they were ready.

Lexi
I put twist tapers in. I struggle cause whoever pierced my ears didn't pierce them straight cause I was maybe 2 years old

Cassie
When I was stretching my favorite was coconut oil and single flair glass plugs.

Natasha
I used tapers up to a 0g, but then switched to SnapPlugs from 0g to a half inch and they made stretching SO much easier.

Jana
I was extra careful with it.  I used to buy in between sizes so that way I didn't have to deal with blowing out my ears.  I would size up in the shower cause it was more soothing for me. My ears have been at an inch for a couple years now, but I remember starting when I was 18.  I look back and remember how the smaller sizes would sting like hell. 26 years now and I still feel a sense of accomplishment that I got to the size that I wanted.

Keep up with the latest
in the ear stretching community See all our plugs at www.TwoFeatherPlugs.com